Chemical leak onboard boxship at Keelung 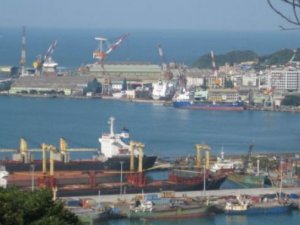 According to the Bureau of Environmental Protection in Keelung, 14 barrels of nitric acid leaked from a container on the 1,032 teu ship and contaminated some part of the deck and cabin.

The bureau deployed an emergency biohazard response team to clean up the chemacals and managed to contain the chemical leakage in a few hours with no casualties reported.

So far no contamination has been found in the port waters, however envirenmental authorities are still monitoring the situation.

Further investigations into the cause of the incident and an assessment of damage is currently underway.

This news is a total 518 time has been read
Tags: Chemical leak onboard boxship at Keelung