Chemical tanker quarantined in Brazil for over a month 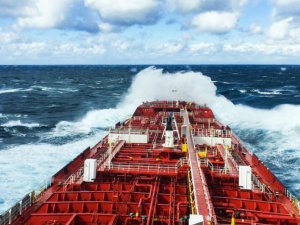 Stena Premium, a chemical/oil products tanker of 65,055 dwt, built in 2011, remains in the Port of Cabedelo, Brazil, where she has been quarantined since April 27 due to positive cases of Covid-19 on board, according to the ship’s manager Northern Marine

“It was hoped that the Stena Premium would be able to depart the Port on May 21 and resume her long-term charter in South America, having served a 14-day quarantine following testing done by the local health authority on May 7. However, 2 new positive results were revealed in the latest test, meaning the vessel is now further quarantined until June 4,” the company said.

The company added that onboard Covid-19 prevention measures such as self-isolation and regular sanitization of all appropriate areas and surfaces have been implemented since the initial quarantine.

“The crew are showing great resilience to the on-going situation and their families are being kept closely informed of developments, understanding that everything that can be done to support the crew is being done,” the company said.

This news is a total 768 time has been read
Tags: Coronavirus , Stena Premium