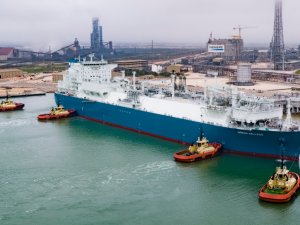 Houston-based producer and exporter of liquefied natural gas (LNG) Cheniere Energy has produced and exported its 1,000th cargo of LNG.

The company added that its 1,000th cargo was exported within a four-year time period after startup, setting an industry record.

“Reaching 1,000 cargoes of LNG faster than any producer in history is a testament to the performance of our people and the culture of our company. Our focus on reliability and safety through the entire LNG production process enabled us to reach this milestone, while fulfilling our commitments to our foundation customers,” said Jack Fusco, Cheniere’s President and CEO.

The company also celebrated the 100th cargo produced at the CCL Project, which departed on the vessel Yari LNG on January 13, 2020.

The SPL Project consists of six natural gas liquefaction trains, five of which are fully operational and one is under construction.

The CCL Project, located in south Texas, consists of three trains, two of which are fully operational and one is under construction and expected to be operational in 2021. Adjacent to the CCL Project, Cheniere is developing and commercializing its Stage 3 expansion, which recently received federal regulatory authorization.

This news is a total 277 time has been read
Tags: Cheniere, LNG.