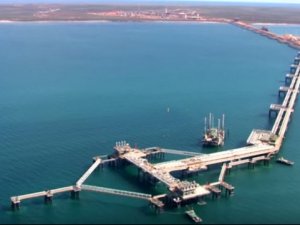 Chevron has decided to proceed with the second stage of the Gorgon oil and gas project off Australia's north-west coast.

The expansion is estimated to cost several billion dollars and will include drilling new wells in the Gorgon and Jansz-lo fields. It is expected to commence next year.

Gorgon is one of the largest offshore projects in the world, costing over A$69 billion ($54 billion). The additional subsea facilities will maintain the supply of gas for the life of the project, over the next 30 to 40 years.

First production at Gorgon in March 2016, and a third train commenced operation last year. The project consists of a three train, 15.6 million ton per annum (MTPA) LNG plant on Barrow Island and a domestic gas plant with the capacity to supply 300 terajoules of gas per day to Western Australia. It is supplied from the Gorgon and Jansz-Io gas fields, located within the Greater Gorgon area, between 80 miles (130 kilometers) and 136 miles (220 kilometers) from shore.

This news is a total 536 time has been read
Tags: Chevron Announces Gorgon Expansion