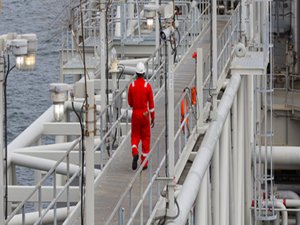 Chevron Corporation announced Monday that it has agreed to acquire Noble Energy, Inc. in a stock transaction valued at $5 billion.

Under the terms of the agreement, Noble Energy shareholders will receive about one share of Chevron stock for every ten Noble Energy shares in their holdings. When including debt, the total value of the deal is $13 billion, and closing is expected towards the end of the year.

With the deal, Chevron acquires Noble Energy's Tamar and Leviathan offshore gas projects off the coast of Israel, the Alen gas project off Equatorial Guinea and two large exploration blocks off the coast of Egypt. It also acquires a large quantity of valuable acreage in the Permian Basin, where rich oil shale provides a source of flexible and rapid field development. Overall, the deal will boost Chevron's proven reserves by about 18 percent at an average price of about $5 per barrel of oil equivalent.

Just prior to the transaction, Noble Energy announced completion of a major round of cost-cutting, bringing its  production costs down to about $6.60 per barrel of oil equivalent. It has reduced its general and administrative overhead by 40 percent year-on-year by cutting payroll, consultancy and travel costs.

Noble Energy has been in business as an independent oil and gas company since the Great Depression. It was among the first to venture into offshore operations in the U.S. Gulf of Mexico, and it was a pioneer in deepwater drilling technology. Noble spun off its offshore drilling services division as Noble Drilling in 1985; Noble Drilling, since renamed Noble Corporation, is not a party to the transaction with Chevron.

This news is a total 1990 time has been read
Tags: Chevron Buys Noble Energy