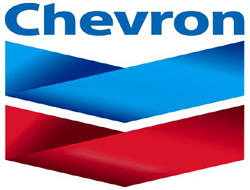 PT Chevron Pacific Indonesia, a local unit of the second largest oil company in the United States, forecast oil output from its concessions to decline due to aging fields and potential flooding.

PT Chevron Pacific Indonesia, a local unit of the second largest oil company in the United States, forecast oil output from its concessions to decline due to aging fields and potential flooding.

During a hearing with the House of Representatives' budget committee Monday, company representatives said the Duri and Minas concessions in Sumatra might only produce 405,000 barrel per day (bpd) this year, down from the 408,000 bpd target set by the government and from 425,000 bpd pumped last year.

The company, which contributes 40 percent of Indonesia's total oil output, even estimated production would plunge to 382,000 bpd due to the natural decline of its fields, Chevron president director Suwito Anggoro said.

"The rainy season and potential flooding will probably exacerbate the decline," Anggoro said, adding the company's output stoot at 411,000 bpd in the first week of September.

Indonesia, Southeast Asia's largest oil producer, is striving to tap more revenue from the black gold amid soaring prices in the international market.

The House also summoned to the hearing PT ConocoPhillips Indonesia, state-controlled PT Pertamina EP, PT Medco E&P Indonesia and PT ExxonMobil Oil Indonesia to determine the reasons behind the decline in the production.

ConocoPhillips president director Jim Taylor said the company in 2009 might produce only 45,000 bpd, a drop from 80,000 bpd this year.

Medco director of production assets Budi Basuki said Medco's oil output would drop slightly, about 7 percent, from 33,400 bpd this year to 30,000 bpd in 2009.

Rama Pratama of the Prosperous Justice Party (PKS) questioned foreign oil companies' lack of efforts in raising their output next year as Pertamina EP was optimistic it could produce more.

"What is the difference between Pertamina EP and the foreign companies? I think the potential is still great," Rama said.

Lawmakers urged the government to raise the oil output estimate by between 10,000 bpd and 20,000 bpd. However, the government objected to the proposal.

She said, in line with the 2025 energy roadmap, oil would take care of only 20 percent of Indonesia's total energy needs.

This news is a total 2002 time has been read