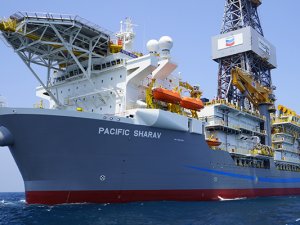 Both Chevron and Royal Dutch Shell on Thursday announced major deepwater oil discoveries at two separate wells located in the U.S. Gulf of Mexico. Both finds have been described as being hugely significant.

First, Shell Offshore said it had encountered more than 1,400 net feet of oil-bearing pay at the Whale deepwater well, which is located approximately 200 miles southwest of Houston in approximately 8,000-feet of water.

Shell described the discovery as one of its largest U.S. Gulf of Mexico exploration finds in the past decade.

Shell currently has three Gulf of Mexico deep-water projects under construction – Appomattox, Kaikias, and Coulomb Phase 2 – as well as investment options for additional subsea tiebacks and Vito, a potential new hub in the region.

Shell said an evaluation of the discovery is ongoing, and appraisal drilling is underway to further delineate the discovery and define development options.

In separate news, Chevron said it had made its own major oil discovery in the Ballymore prospect, located deep offshore in the eastern U.S. Gulf of Mexico.

Chevron said the initial Ballymore well reached a total measured depth of 29,194 feet and encountered more than 670 feet net oil pay with “excellent reservoir and fluid characteristics”. A sidetrack well is currently being drilled to further assess the discovery and begin to define development options.

Chevron subsidiary Chevron U.S.A. Inc. is the operator of the field with a 60 percent working interest in the Ballymore prospect. The co-owner is TOTAL E&P USA Inc. (40 percent).

TOTAL said the discovery represents the largest oil find by Total in the prolific Gulf of Mexico.

“This major discovery gives us access to large oil resources and follow-on potential in the emerging Norphlet play. It also demonstrates all the interest of Total’s GoM farm-in agreement with Chevron, where we acquired a 40% interest in Ballymore. While already deemed commercially viable, we will work together on the appraisal of this discovery and a cost-effective scheme to ensure a rapid, low breakeven development”, said Arnaud Breuillac, President Exploration & Production at Total.

This news is a total 491 time has been read
Tags: Chevron, Shell Both Announce Major Oil Discoveries in Deepwater Gulf of Mexico