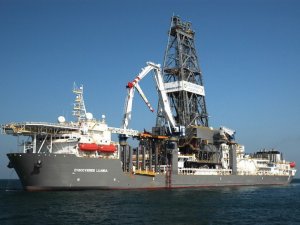 The drillship was contracted until October 2018, and so according to thee contract terms Transocean will be compensated around $148m due to the termination. The amount is the equivalent to the current operating dayrate less operating costs. Transocean says the payment is expected to be received before the end of the year.

This news is a total 1009 time has been read
Tags: Chevron terminates Transocean drillship contract