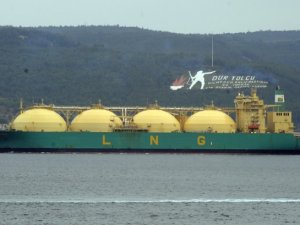 Chevron Corporation's first cargo shipment of liquefied natural gas (LNG), which departed from Western Australia, will be delivered to one of Chevron's foundation buyers, Chubu Electric Power in Japan, the company announced Monday.

Mike Wirth, executive vice president of Chevron Midstream and Development said in the press release that the departure of the first cargo from the Gorgon Project is a key milestone for the company in its commitment to become a reliable LNG provider for the Asia-Pacific region.

According to the announcement, LNG is supplied from the Gorgon and Jansz-Io gas fields, located within the greater Gorgon area, between 130 kilometers and 220 kilometers off the northwest coast of Western Australia.

This news is a total 1813 time has been read
Tags: Chevron's first LNG ship departs for Japan, Turkish, Maritime