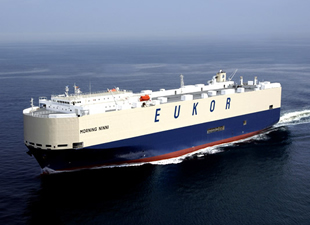 ”The agreements between the shippers were executed in maritime routes to the ports of Europe, America and Asia, which account for 90.7% of local imports. Firms accused by the FNE concentrated 99.6%, 92.1% and 86% of market share on these routes, respectively,” said FNA in a statement.
FNE is asking for a USD 25 million fine for Eukor, while CCNI, K-Line and MOL will have to pay USD 12.5 million each if found guilty.

FNE has waived the fine against CSAV for revealing the Chilean scheme, and NYK Line will get a 50% break on the account of its cooperation during the investigation.

Earlier this week, K-Line executive was sentenced to 18 months in a U.S. prison for his involvement in a conspiracy to fix prices in the car carrier business. Back in November, K Line paid USD 67.7 million having plead guilty of violating U.S. antitrust laws.