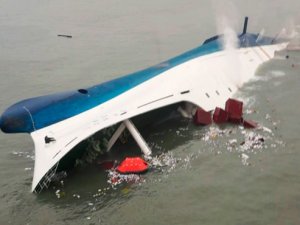 A consortium of companies led by China’s state-run Shanghai Salvage Co. has officially signed a contract with the government of South Korea.

A consortium of companies led by China’s  state-run Shanghai Salvage Co. has officially signed a contract with the government of South Korea to raise the Sewol ferry which sank on April 16, 2014 off Jindo Island, killing 304 passengers and crew, South Korea’s Ministry of Oceans and Fisheries (MOF) said.

The contract was signed following two weeks of negotiations which started on July 15 after MOFhad chosen the consortium as the preferred bidder, beating 27 other companies that applied for the tender.

The 6,825-ton ferry sank in 44 meters of water notorious for its strong currents and low underwater visibility. Shanghai Salvage will use two 10,000 ton cranes and around 200 workers to lift the ferry, including around 100 divers.

South Korea announced plans to salvage the sunken ferry back in April, following public protests that marked the first anniversary of the tragedy, and increasing demands from the families of the victims for the ferry to be raised.