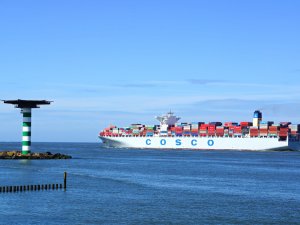 The company’s 213 dry bulk carriers transported 38,832.1 thousand tons of cargo in the third quarter, a 7.4% decrease over the corresponding period of last year.