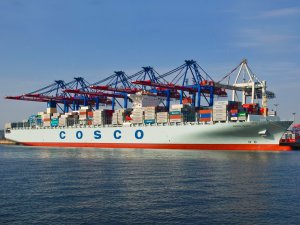 The Chinese business model for the shipping industry has seen a slight diversification over the recent period as the country’s new premier backs private commercial initiatives.

This is particularly evident as the gradual relaxation of state control in some areas paves way for Very Large Crude Carries (VLCCs) being fixed out in the international market, shipbroking firm Gibson said.

“It appears that there is a desire to expand their trading partners rather than relying exclusively on Chinese charterers. This is also reflected in the refining sectors with licences being granted to independent refiners allowing for the import of crude oil, with ChemChina being granted a licence to import 200,000 b/d,” Gibson added.

Due to financial pressures, 2014 saw the amalgamation of the Nanjing Tankers and Associated Maritime Co’s fleets under the umbrella of China Merchants creating a large fleet of some 42
VLCCs (once their 14 newbuildings are all delivered) and 7 Aframaxes. Interestingly in the VLCC period fixing frenzy of January 2015 this owner is reported to have committed 3 VLCCs out on
t/c for two years to non-Chinese interests. China Shipping has also been busy fixing out 3 VLCCs to Trafigura for 12 months t/c. Finally, Cosco has fixed out a VLCC to BP for 12 months, Gibson’s data shows.

Currently the number of VLCCs on order from Chinese controlled companies stands at around 30, with delivery up to 2017 standing at around 10 units per year.

According to Gibson, these vessels were ordered by relatively few players such as Associated Maritime, China Shipping,Cosco Dalian, Shandong Landbridgeand Grand China.

The upcoming number of deliveries is well above those delivered in the recent past. Just 5 were delivered in 2013 and 8 in 2014 with Brightoil Petroleum and Petrochina among the recipients in addition to those already mentioned above.

However, Gibson believes that there is no question that crude imports into the country will continue to increase, despite slowing growth in domestic economic expansion. An expanding strategic petroleum reserve, more crude heading into commercial inventories and rising refining capacity will significantly lift crude imports, at least in the near term.

This news is a total 6048 time has been read
Tags: china, Gibson