China to make Piraeus the king of Europe 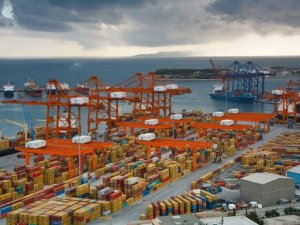 China is looking to transform Greece’s Piraeus port into the biggest harbor in Europe — making it the most crucial transit hub for trade between Asia and Europe.

In 2016, China’s shipping firm Cosco purchased a majority stake in Piraeus port. Situated in the Saronic Gulf, Greece’s largest harbor — and Europe’s seventh biggest — is at a strategic location between the Asian and European continents. Chinese President Xi Jinping and Greece’s Prime Minister Kyriakos Mitsotakis announced earlier this week that Cosco would be investing about 600 million euros ($660 million) to develop Piraeus further.

“The objective is to transform it into the biggest transit hub between Europe and Asia and, potentially, the biggest port in Europe,” Kostas Fragogiannis, Greece’s deputy minister for foreign affairs, told CNBC.

Rotterdam’s port, in the Netherlands, is Europe’s biggest harbor. It saw more than 8.6 billion containers (incoming and outgoing by sea) in 2018 — an increase from the previous year.

“The geographical advantages of Greek ports can be utilized for facilitating and increasing transfer flows from China and the Far East to the European Union, the Balkans and the Black Sea region, and vice versa,” Fragogiannis told CNBC.

Since the Greek financial crisis, Beijing and Athens have deepened their links. Greece announced in August last year that it was formally joining China’s Belt and Road Initiative (BRI) — the ambitious investment plan of Xi that connects Asia, Africa and Europe.

This news is a total 676 time has been read
Tags: CHINA, COSCO , PORT OF PIRAEUS