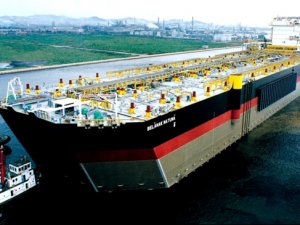 The Chinese state media quoted Guan Yinghua, deputy chief engineer of DSIC as saying that the project was assigned by the Ministry of Industry and Information Technology.

Guan said that the very large intelligent crude carrier will be the most important result of the project. She said the smart vessels represent the future.

DSIC is the nation's first shipyard that can design and manufacture 300,000-ton crude carriers.

It has delivered more than 70 VLCCs and has eight orders, accounting for more than 10 percent of the total number of such carriers in operation worldwide.

This news is a total 1131 time has been read
Tags: China to Roll Out Smart Crude Oil Carrier