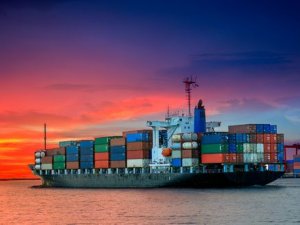 The freight volume of south China’s Pearl River exceeded 1 billion tonnes in 2019, setting a new record, second only to that of Yangtze River in China, official statistics showed.

According to the Pearl River Administration of Navigational Affairs under the Ministry of Transport, the river’s freight volume, which ranks second in the world, increased by 5.5 percent year on year in 2019. The container throughput on the river hit 14 million TEU in the period, up 13.4 percent year on year.

In 2019, 53 water transport projects were under construction on the river, including ports, shipping channels and facilities, with a total investment of 62 billion yuan (about 8.92 billion U.S. dollars).

This news is a total 557 time has been read
Tags: FREIGHT VOLUME, PEARL RIVER

FMC to investigate carriers' runaway rates successSpot rates between Asia and the US peaked last week at US$3,711/FEU on the west coast and US$4,496/FEU to the east coast, according to Freightos’ FBX01 Daily and FBX03 Daily Indexes.

Balancing Capacity Key to Maintaining Container Freight RatesWhile the container shipping industry is particularly vulnerable to changes in consumer spending, the major carriers were successful in managing their business to produce strong results in the first half of 2020.