‘Chinese authorities say there needs to be a rates ceiling’: Saadé 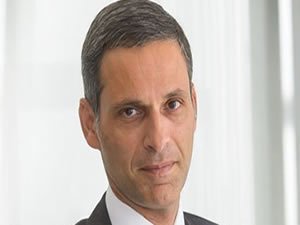 Rodolphe Saadé, chairman of CMA CGM, the world’s fourth largest containerline, has discussed the pressure liners are coming under from Beijing amid the red-hot freight rate environment that is causing supply chains to quiver.

In an interview with the Financial Times, Saadé said that Chinese authorities are determined to try and keep a lid on rates, especially on the transpacific, where prices have soared in the last three months.

Soaring demand on the tradelane has created acute container shortages that are being felt around the world.

“The market is so strong that they feel, the Chinese authorities, that at one point in time there needs to be a ceiling,” Saadé told the Financial Times, adding: “And that is why they are saying you cannot do whatever you want, there are rules that need to be followed.”

“Any reported unjust contract violation or unilateral change in contract terms will be scrutinised and punished if necessary so that the market order can be maintained,” the Korean ministry explained. While lines have been accused of profiteering, especially on the transpacific, the argument that they have squeezed capacity to push rates up does not hold true as the year draws to an end. Data published on Sunday by Danish consultancy Sea-Intelligence shows liners are on track to increase capacity year-on-year on the transpacific by 23.4% in November and by 27.3% in December.

A survey carried by the International Association of Ports and Harbors (IAPH), featuring responses from 73 ports around the world, shows hinterland delays are trending upwards again in November.

Professor Theo Notteboom, who co-authored the findings from the IAPH survey, explained :

“The reopening of markets and the current wave of restocking/stockpiling have resulted in a surge of containerised flows in recent weeks, with numerous ports in Europe and North America reporting record traffic volumes on the import side, while many key Asian ports are also seeing strong recovery of the volumes compared to the first half of the year.

This sudden surge in volumes on several of the big trade routes and mass container repositioning back to Asia is testing the capacity limits of ports/terminals and the inland transport systems, leading to disruptions in hinterland transport connectivity in some ports.”