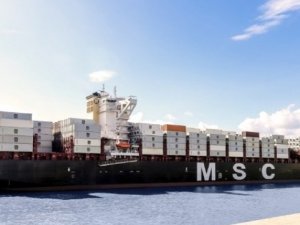 The situation is especially problematic as it involves a crew change that was conducted in Hong Kong under the new more lenient rules for seafarers and possible community exposure.

According to Hong Kong’s Centre for Health Protection (CHP) the cases were identified when the MSC Flavia arrived in Ningbo, China on June 26. Eleven of the 24 crew members aboard the vessel tested positive for the virus with two of them later reported having a fever.

It was determined that nine of the 11 crew members had embarked the MSC Flavia in Hong Kong. According to the new regulations that the Hong Kong Shipowner’s Association was successful in getting implemented at the beginning of June, the seafarers were not quarantined when they arrived in Hong Kong. At the time they boarded the ship, none were exhibiting symptoms of the virus.

Tracing efforts determined that six of the crew members arrived in Hong Kong from Indonesia, while two came from Greece, and one from Croatia. They all arrived in Hong Kong between June 21 and 23 and are believed to have stayed in a local hotel before boarding the ship. The 12,400 TEU container vessel departed Hong Kong on June 24.

Two days later, when the vessel was due to dock in Ningbo, local health officials identified the positive cases. It is believed that they were all asymptomatic when they boarded the ship and seven of them remained without visible symptoms. All of the crew members aboard the ship are being tested because it is believed that they were in close contact with the infected individuals.

The MSC Flavia remains in Ningbo with its crew under observation while CHP is working with the health authorities on the mainland to obtain more information about the cases. MSC has not provided a comment on the incident.

This news is a total 1907 time has been read
Tags: Chinese Officials Investigate COVID-19 During Crew Change on MSC Ship