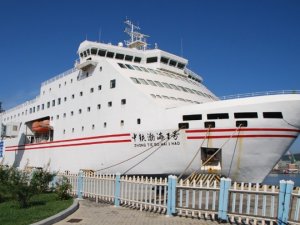 Beibu Gulf Tourism will be the owner of the cruiseship, while Shanghai Zhaoxiang will be responsible for the design and EPC management and Shanghai Huarun Dadong the shipbuilder.

According to Zhao Jinfeng, president of Beibu Gulf Tourism, the company is planning to use the new cruise ship to develop international tourism routes.

In September, Carnival Corporation’s cruise joint venture in China signed a non-binding memorandum of agreement (MOA) to order the industry’s first new cruise ships built in China for the Chinese market. The cruise ships will be built by a newly formed China-based shipbuilding joint venture between CSSC and Fincantieri.

This news is a total 10797 time has been read
Tags: Chinese ship repair yard to enter cruise construction business