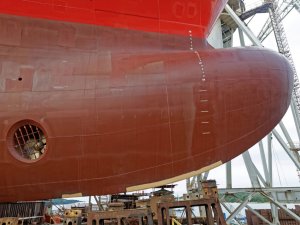 Lei will relinquish his duties as the chairman at the China Aerospace Science and Technology Corp, the country's space agency, CSSC said in a statement on its website. It did not say where Dong would move to.

CSSC is one of China's two largest shipbuilding conglomerates, alongside its rival China Shipbuilding Industry Corp. Its yards include Shanghai Waigaoqiao Shipbuilding and Hudong-Zhonghua Shipbuilding whose products range from cruise ships to frigates and its listed unit is China CSSC Holdings.