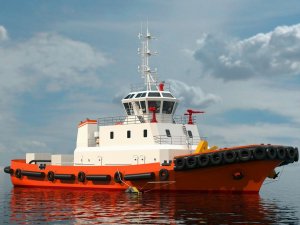 Coronavirus has swept through China, particularly in the Hubei province, and according to the World Health Organization (WHO) cases have risen to more than 63,000 in China and deaths from the virus jumped to 1,380 as of 14 February. Cities are in lock-down and industrial output is affected by the viral outbreak.

Near the end of January, the Chinese Government asked all employers to extend the annual Lunar New Year holiday, to lower the risk of virus infection spreading. In addition, workers were being quarantined for 14 days after returning from their home towns for the extended Lunar New Year holiday.

According to Reuters, the China Association of the National Shipbuilding Industry (CANS) said many shipyard workers had returned to their positions, but this varied between provinces.

CANS said shipyards in Guangdong, Shandong and Jiangsu reported a gradual restart to construction work but depleted workforces. Shipyards in Shanghai had around 63% of its workforce back in employment and those in Fujian and Liaoning had around 75% of workers back at work.

Jiangsu New Times Shipbuilding declared force majeure on the delivery of two bulk carriers because of the coronavirus outbreak.

Tongfang Jiangxin is building a tug for Taizhou Maritime Safety Administration in China. This tug will be built to a Maric design with an expected bollard pull of 60 tonnes, free running speed of 13 knots, will be 45-m long with a beam of 12.6 m. It is built primarily for vessel rescue and pollution prevention near shore. It will have equipment on board for towing operations, oil spill recovery, fire-fighting and human rescue operations.

Schottel is supplying two Rudderpropellers of type SRP 430. These will each feature a four-bladed, controllable-pitch propeller of 2.40 m in diameter. Each of the azimuth thrusters will be driven by a 1,920 kW diesel engine at 750 rpm.

Tongfang Jiangxin Shipbuilding assistant general manager Hou Wei explained why this tug is being built with Schottel propulsion. “Taizhou is an area where a lot of small fishing vessels operate and often face typhoons,” he said. This new tug will assist fishing vessels in distress requiring emergency towage in adverse weather. It is due to enter service before the end of this year.

In Jiangsu, the Zhenjiang Shipyard delivered its first azimuth stern drive (ASD) tug this year on 20 January. ZhangGang 28 was built for Zhangjiagang Port with total power output of 3,280 kW. This 35-m long and 10-m breadth ASD tug has bollard pull capacity ahead of 51.8 tonnes and astern of 48.9 tonnes, It has a maximum speed of 14 knots and enough fuel capacity for 1,000 nautical miles.

The day before this delivery, Zhenjiang Shipyard laid the keel for a 2,942 kW ASD tugboat it is building for Guangxi port.

Work also continued this year on fleet of tugs for a Chinese Government-backed inland bulk transportation project, which is part of China’s Belt and Road strategy. Jiangsu Zhenjiang is building tugboats for COSCO Shipping Bulk Transportation for the Guinea Al aluminium bauxite ore mining and transportation project. On 18 January, the shipyard launched the hull of the 11th workboat for this construction campaign, Yick Tug 207, and on 16 January it launched Yick Tug 206, with the hull of the ninth of these workboats, Yick Tug 205 launched 10 January.

All of these tugboats will be outfitted and commissioned during the next six months. The latest of the Guinea Al-project pusher tugs to be completed was Yick Tug 202. It was delivered to COSCO on 9 December 2019.

During sea trials these tugs achieved a maximum bollard pull ahead of 51 tonnes and free running speed ahead of 13 knots. They have CSS class notations for coastal services, ice class B and I-ship for intelligent navigation and machinery systems, energy management and integrated platform.