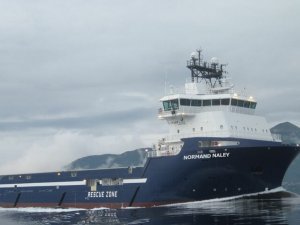 By leveraging big data, a Norwegian OSV operator has been able to optimise the propulsion and DP operations of its vessels, substantially cutting fuel consumption and CO2 emissions

Having begun its Solstad Green Operations programme in 2009, Solstad Offshore has some 10 years of experience in working with its clients to reduce emissions and save on fuel costs. However, when a recent merger saw the company’s fleet more than quadruple in size, Solstad was faced with the challenge of continuing to effectively manage its fleetwide energy consumption while not adding to its administrative costs onshore.

The solution, for Solstad, has been to implement Yxney Maritime´s Maress software. Presenting on the initiative, Solstad showed that the company has seen fuel savings of 18% across its fleet of 147 OSVs by focussing on efficiency improvements. In 2018 alone, the project reduced CO2 emissions by almost 20,000 tonnes, according to Svein Erik Isaksen, health safety environment quality engineer at Solstad.

A key component of the programme is optimising propulsion and DP operations to reduce fuel savings.

Monitoring fuel efficiency in an offshore fleet can be challenging due to the complexity of operations and operational patterns. To account for the variable conditions, the Maress software creates a historic baseline for all the operational modes of each vessel, according to Mr Isaksen. A vessel’s performance is compared against the baseline, which is adjusted for the actual operational pattern to identify deviations and sub-optimal operations.

Yxney Maritime reports that Maress software has been implemented on over 200 OSVs, saving about 41,000 tonnes of CO2 emissions.

Initially, in Solstad’s programme, data from 13 vessels was analysed to identify the fuel efficiency of the vessels in various operation modes. The analysis was used as a foundation to come up with new fuel saving initiatives, which Solstad calls Solstad Green Operations (SGOs), where one SGO equals 500 litres or 0.5 m3 of saved fuel. Some of the new SGO benchmarks identified with Yxney’s Maress software include more efficient operational methods of waiting out poor weather conditions; more efficient thruster biasing in calm weather; and lean initiatives such as actively co-ordinating with clients for best speeds.

No additional hardware or software were installed in the vessels as part of the project, said Yxney Maritime CEO Gjord Simen Sanna, but each vessel has a dedicated person responsible for finding SGOs.

Close co-ordination between the crew and the data development team helps to facilitate these data-driven decisions to save fuel and emissions, according to Mr Isaksen. Inferences from the data are shared with the crew of the vessels, helping them come up with operational measures that will cut fuel usage.

Mr Isaksen explained some of the changes in vessel operation have come as a direct result of inputs from data analytics. One of the vessels where big data analytics played a role in reducing fuel consumption and reducing emissions is the platform supply vessel (PSV) Normand Naley. Built by Kleven Maritime to a VS 485 design, Norman Naley has an overall length of 85 m, beam of 20 m, draught of 7.16 m and deadweight tonnage of 5,506 mt.

Onboard Normand Naley, which has four 1,665-kW main engines, the crew, while waiting for bad weather to turn calmer, run only one main engine and one aft thruster. The DP system is activated to control the vessel’s heading to keep it against the wind. In sway, the vessel is allowed to move sideways, but this outcome is limited by the DP’s heading control. When the vessel is in surge, the joystick is used in environmental compensation mode to maintain a steady rate. This allows the engine to work under constant load, eliminating peaks that demand high fuel consumption and increase noise and vibration.

In layman’s terms, the vessel’s hull is riding the waves, rather than pushing against them to stay in the same position. During this wait-on-weather (WOW) operational mode, fuel consumption is minimised. And there is also a benefit to crew from these operations; it is more comfortable for the crew when the vessel is allowed to move aft and fore with waves.

Other sea conditions in which it is challenging to operate include when wind and waves are acting from several directions simultaneously, explained Mr Isaksen. Examples include different wave layers acting on the vessel from multiple directions, or sea currents flowing perpendicular to predominant wind direction. These environmental forces are not constant, but regularly shifting and difficult to predict.

Typically, when crews work to counteract the multidirectional nature of these shifting forces, thrusters are pressed into service and the engine power curves fluctuate. To create a more efficient power usage in these conditions, the crew of Normand Naley set up the aft thrusters in biasing mode, 45 degrees outwards from aft on their respective sides. The thrusters are not ramped up, taking only a small load to keep the force constant. This operational setting allows the engines to operate with smoother power curves and higher efficiency. And for sway movements, no time is spent waiting for the thruster to start rotating and ramp up. The vessel can be instantly moved in the direction desired by stopping the thruster on the opposite side.

These types of joint endeavours between data monitors and crew are proving valuable for Solstad clients. Fuel consumption is being reduced, and operations such as biasing typically improve the vessel’s reaction time and safety in bad weather. And, as Yxney Maritime’s Mr Sanna explained, a focus on efficiency can not only bring down operational costs but can also facilitate chartering for OSV owners.

“During the chartering process, shipowners today have to demonstrate that their vessel is being operated in the most efficient way possible,” he said, leaving clear the implication that dedicated software and careful monitoring of operational data and manoeuvring are the basis for that demonstration.