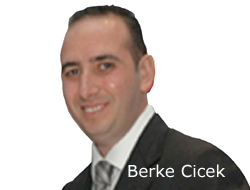 Less than 25% of shipyards in Tuzla Bay, Turkey, are likely to survive, warns one of the industry's leading players.

Less than 25% of shipyards in Tuzla Bay, Turkey, are likely to survive, warns one of the industry's leading players.

Cicek Shipyard vice-president Berke Cicek says only five to 10 out of 48 yards may be left as consolidation grips the industry and the weakest fail.

"The reality in life is that if you are productive enough, you will compete," he told TradeWinds. "There is going to be consolidation, definitely."

He says some of Tuzla's yards are capable of world-class standards but others are not. Some are trying to capitalise on the global shipbuilding bonanza whereas building blocks may be a better and more profitable option. For others, consolidation will create opportunities. Overall, it will be good for Turkish shipbuilding.

The challenge will come as the present shipbuilding boom subsides by early 2011 and the industry faces "massive" new capacity online in Asia, says Cicek.

He highlights the fact that too many Turkish orders are speculative and involve ships, mainly chemical tankers, of similar size. There is also a lack of market analysis by yards. Banks will continue to finance tonnage but they will be very selective in future. Only a handful of yards have, like Cicek, all the proper licences.

Cicek has sought to become more flexible to owners' needs by setting up a design office to market its own ships. It builds different types from 3,000-dwt tankers to IMO-II chemical tankers for Besiktas Shipping and 58,000-dwt supramax bulkers - the largest in the country so far - for Bayraktar Shipping. It is ready to switch some of its workforce to repair activities if necessary.

He points to the huge expansion of shipbuilding in Turkey, where the number of workers has risen from around 10,000 to 12,000 five years ago to 30,000 today.

Cicek concedes that many have been drawn from other industries and because of work volumes some yards are not always providing the proper training.

But despite all the publicity recently about fatal accidents at Tuzla, Cicek says most yards are treating health and safety as a high priority. His yard has taken "a lot of safety measures".

"It is hard work and it is dangerous," commented Cicek. "Closing yards will not solve the safety problem."

He says one union is using deaths at Tuzla shipyards as a means of expanding in shipbuilding. "There is a cake on the table and they want some of it," he said.

This news is a total 1990 time has been read