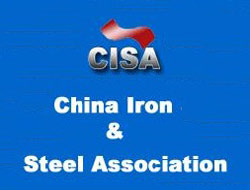 Therefore, steel mills should be alert for possible loss brought by excessive ore imports. According to the statistics, domestic crude steel production rises 9.44% YoY to 216.11 million tonnes in the first five months of 2008 down by 10.53 % YoY from the growth rate of same time of 2007. And BF pig iron output increases 8.11% to 202.99 million tonnes down by 9.42% YoY from the output growth of last year.

The incremental BF pig iron output of 15.23 million tonnes per month would require 24.06 million tonnes of iron ore. However, domestic crude ore output expands 25.67% YoY to 31.09 million tonnes from medium and large mines in the first five months. That is to say the increased iron ore production has reached 30.24 million tonnes, 6.18 million tonnes more than the demand growth tonnage.

Customs data reveals that China's imported iron ore up by 19.55% YoY to 192.35 million tonnes in the first five months, sending the annualized ore import volume to 462 million tonnes, 79 million tonnes more than the year before.

CISA predicts that imported iron ore price has limited scope for further increase. China's incremental imported iron ore demand is estimated at 60m tons throughout this year, however, the increased ore imports already reach 31.45 million tonnes in the first five months, representing 52.42% of the forecasted full year demand addition. And steel mills could face considerable loss once they continue to import hefty amount of iron ore to exaggerate the port congestion and drive up the ore stock at seaports even higher.

This news is a total 640 time has been read