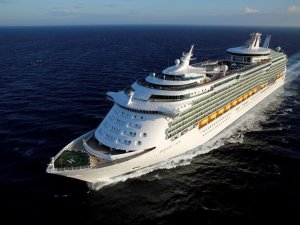 The cruise industry in Asia is experiencing a double-digit growth with all-time-high numbers of cruise ships, passengers and ports in the region, according to the 2014 Asia Cruise Trends study commissioned by the Cruise Lines International Association (CLIA).

Passenger capacity grew at a 20 percent compound annual growth rate since 2013, and is expected to reach almost 2.2 million in 2015, driven by the introduction of new and larger ships in the region. The Asia region is currently fourth in passenger capacity deployment, tied with Australasia.

This year, 52 cruise ships will operate in Asia, a 10 percent compound annual growth rate since 2013. The number of cruises and voyages in the region has also grown with 1,065 sailings scheduled this year, up 11 percent per year.

The study also found that Asian cruisers are primarily exploring Asian destinations, with more than nine out of ten Asian passengers (91%) cruising within Asia.

”It is exciting that, for the first time, we know the true size of Asian source markets and have been able to extend our understanding of Asia’s cruise industry growth and potential,” said Adam M. Goldstein, Global Chairman, Cruise Lines International Association. ”2015 will be a record-breaking year in Asia with more travelers cruising the region than ever before.”

This news is a total 7221 time has been read