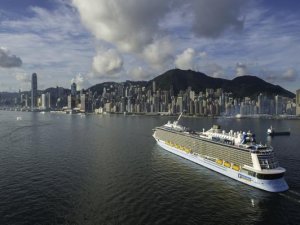 With most maritime markets struggling, the cruise industry in Asia is growing at a record pace and shows no signs of slowing down, according to a new study from the Cruise Lines International Association.

The study, called 2016 Asia Cruise Trends, showed that Asian source markets experienced the most growth year over year in ocean cruise passengers with an impressive 24 percent increase from 2014 to 2015 and a total of 2.08 million passengers in 2015.

Asian cruise deployment, capacity and destinations have been showing remarkable growth too. This year, 60 ocean cruise ships will sail in Asia versus 43 ships in 2013, and 15 percent more ships than the 52 operating in 2015. Of the ships sailing this year, 14 operate year-round while another 12 have extended deployment in Asia.

“While we expected Asia to experience record-breaking growth in cruise travel, we are astonished at the rate at which the region is emerging as one of the most significant cruise destinations and cruise source markets in the world,” said Dr. Zinan Liu, Chair of CLIA North Asia. “The Asia Cruise Trends project has again developed extremely valuable data on what is happening in Asian cruising, its current size and recent growth trends”.

Helping with the overall Asian cruise market is the large increase of Chinese cruisers. From 2012 to 2015, the number of Chinese passengers grew at an annual compounded rate of 66 percent, with growth alone in 2015 at 40 percent. In 2015, 986,000 passengers were from mainland China, representing close to half of the Asian volume, compared to 703,000 in 2014. In both 2014 and 2015, China has been the world’s fastest growing major source market.

“The cruise industry has been nimble and responded quickly to the demand for cruise travel in Asia by delivering cruise ships with amenities and experiences tailored to Asian travelers,” said Cindy D’Aoust, President and CEO, CLIA. “Asian cruise travel continues to deliver a growing number of enticing opportunities for international guests to visit Asia’s fascinating destinations.”

This news is a total 6969 time has been read
Tags: CLIA: Asian Cruise Industry Growing at Record Pace, türkishmaritime