CMB to Operate Zero-Emission Fleet by 2050 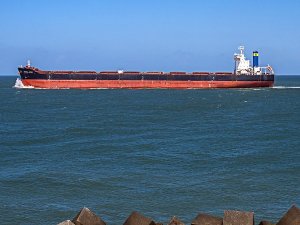 On January 24, the maritime group unveiled its long-term CO2 reduction strategy which says that all carbon emissions from CMB operations will be completely offset as from 2020.

In addition, as part of the new strategy, CMB plans to invest in new technologies to operate a zero-carbon fleet by 2050.

As explained, CMB has offset all its CO2 emissions in order to have net zero CO2 emissions from 2020. This has been done by supporting certified climate projects in developing countries and acquiring high-quality Voluntary Carbon Units in Zambia, Guatemala and India.

Furthermore, CMB believes that it can achieve zero carbon emissions from its shipping operations in 2050.

“Even though many low and zero carbon technologies are still in the early stages of their development –and today there are unfortunately no economically viable alternatives to diesel – CMB is convinced that the shipping industry will find solutions to provide zero carbon shipping by 2050,” the company said.

According to CMB, as long as its fleet is not powered by 100% zero-carbon fuels, CBM will offset its remaining CO2 emissions.

The group is already investing in the development of low and zero carbon ships and engines and fully supports various industry initiatives aimed at developing the technologies needed to reduce shipping’s carbon footprint.

Last year, the Port of Antwerp contracted CMB for the construction of the world’s first tug powered by hydrogen. Dubbed Hydrotug, the vessel will be driven by combustion engines that burn hydrogen in combination with diesel.

CMB is also working with Japanese shipbuilder Tsuneishi Facilities & Craft (TFC) on the construction of a hydrogen-powered ferry. The ship will be built at TFC’s facilities in Onomichi, Japan, and is expected to be delivered in 2021.

“As we will bring concrete zero-carbon projects to life in the coming months and years, we will continue to actively engage and cooperate with other shipping companies, our customers, our suppliers, our banks and national and international politicians to achieve zero carbon shipping,” CMB concluded.