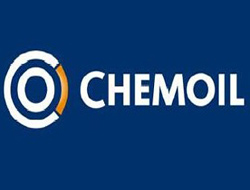 Singapore-listed Chemoil is planning to expand its storage facilities at Long Beach Marine Terminal on the US West Coast.

Singapore-listed Chemoil is planning to expand its storage facilities at Long Beach Marine Terminal on the US West Coast.

The added capacity of about 20,000 metric tonnes (mt) will meet demand for low-sulphur fuel oil (LSFO), a company official said this week.

The expansion was first discussed last year, according to Adrian Tolson, vice president of sales and marketing for Chemoil. Work on the new tanks would start once Chemoil was given approval from the local port authorities, said Tolson.

''The added capacity is scheduled to be completed either end-2009 or early 2010,'' he told Bunkerworld on the sidelines of the SustainableShipping Forum held in Singapore.

The California Air Resources Board (ARB) this month said it intended to push for an Emissions Control Area (ECA) off the coast of California, which includes Long Beach.

ECA status could trigger a surge in demand for LSFO in Californian ports.

In the meantime, California has been pressing ahead with its own sulphur reduction initiatives.

Chemoil is the leading bunker supplier in the Long Beach/Los Angeles port cluster.

This news is a total 856 time has been read