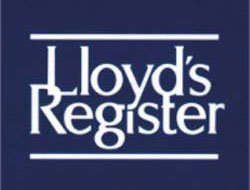 Shipping companies that think the need to adopt green technologies has abated, now that bunker prices have fallen, are mistaken because regulatory and other demands will force it on them sooner rather than later. Douglas Raitt, manager of Lloyd's Register's global fuel oil bunker analysis and advisory service, also said that economic and environmental lobbying pressures would play a part in the long run.

Corporates are also demanding higher environmental standards from their partners and shipping companies that want their business will have to meet these standards. 'If you don't choose your regulation (that is self-regulate), you will have your regulation chosen for you,' he warned.

The main emissions issues facing the industry fall into two categories: sulphur oxide (SOx), nitrogen oxide (NOx) and other noxious particulate matter that have local and regional health and environmental impacts, and CO2 and other greenhouse gas emissions which are a global problem. There are various technologies such as scrubbers and catalytic reducers available for dealing with the former as well as a whole range of solutions to reduce the latter.

For those that are trying to ignore it, the writing has been on the wall for some years as the International Maritime Organization (IMO) has been working towards emissions control areas and key changes will see SOx limits applicable in Sulphur Emission Control Areas (SECAs) reduced to one per cent, from March 1, 2010 (from the current 1.5 per cent) and further reduced to 0.1 per cent, effective Jan 1, 2015.

For greenhouse gas emissions, IMO already has a range of efficiency indexes to guide ship operators towards greater efficiency, and although these are voluntary currently, it may be just a matter of time before they are made mandatory as environmental lobbying gets stronger in markets such as the US and the EU bloc.

But the biggest motivation will still ultimately be the economic factor, said Mr Raitt. It is estimated that the combination of various technologies available would be able to produce savings of between 20 to 40 per cent.

The use of energy-efficient technologies to reduce residual fuel consumption is most immediately suitable for ships of 400 gross tonnage (GT) and above. Smaller vessels are usually considered to be distillate-only burners, generating cleaner exhaust gas emissions compared with residual fuel oil burning ships and may not be as dramatically affected by the new regulations.

Realistically speaking, however, the immediate market for green technology companies will most likely be operators of the 18,000 or so ships that are 10,000 gross register tonnage and above, because the initial cost of the new technologies may be prohibitive to operators of smaller ships, although any residual fuel oil burning ship can reap the benefits of investing in green technologies.

But even outside of these, the market potential is huge, with about 60,000 ships of greater than 400 GT in the world's fleet currently.

This news is a total 1481 time has been read