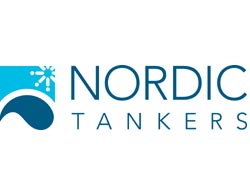 The board of directors and top management at Denmark?s Nordic Tankers have resigned, declaring the company ?technically bankrupt?.

The board of directors and top management at Denmark"s Nordic Tankers have resigned, declaring the company "technically bankrupt".

The board of directors and top management at Denmark"s Nordic Tankers have resigned, declaring the company "technically bankrupt" ahead of a shareholder meeting that was aimed at ousting them.

The Danish Commerce and Companies Agency had instructed the existing board, headed by Steen Bryde, to convene an extraordinary general meeting today following a submission by Mogens Buschard, the former chairman of the company until March 2008, to elect a completely new board.

But in an announcement to the Nasdaq OMX in Copenhagen this morning before the forced meeting, the company said that Mr Steen, who was managing director and finance director, and Brian Petersen had stepped down along with the existing board. It also said that the company had been unable to pay salaries, suppliers and other debts because it was stifled by its bank, Nordea.

The statement claimed that Nordea, through the bank"s Danish director Peter Schutze and head of shipping, Lars Kyvsgaard had effectively "staged a coup" against the existing board through forced illegal loan charges, withheld payments, breached loan agreements and violated rules governing banking secrecy as well as insider trading laws.

As a result the company has not been able ?to pay wages and salaries, suppliers, domestic and foreign attorneys, etc, and has directly informed suppliers that Nordea does not intend to pay for services rendered to the company.?

As a result, said the statement, Nordic Tankers is insolvent and has informed the pending new chairman, former Torm chief executive, Klaus Kjaerulf (pictured) of the position.

The stock exchange statement also objected to today"s meeting as the current board ?has been prevented from offering itself for re-election... as the Danish Commerce and Companies Agency... convened the extraordinary general meeting without consideration of the claims and rights of the existing Supervisory Board.?

As a parting gesture the exiting board said it has also sought to sell off or put under bareboat charter some tonnage in a bid to raise up to $10m. This includes one newbuild and up to two chemical tankers.

Nordea Bank head of Shipping, Lars Kyvsgaard told that while he could not comment directly about any cases, he could say that the bank had fulfilled all agreements with Nordic Tankers.

?We have done everything in accordance with the law and to the agreement with the company,? he said.

Today"s extraordinary meeting was called by The Danish Commerce and Companies Agency after a call in December last year by a group led by Mogens Buschard, Nordic Tankers former chairman who was himself ousted last year when Mr Bryde gained control of the company.

In an added twist to the story the departing board of directors had reported Mr Buschard and the whole former supervisory board, to the Danish fraud office on January 16. They cited articles in the local Danish press and material they had received anonymously in accusing the former board of insider trading prior to the original listing of the company in 2007.

Today"s meeting is expected to re-establish Mr Buschard on the newly appointed supervisory board; along with former Torm chief executive, Mr Kjaerulf who is expected to become the company chairman; former Norden chief financial officer, Jens Fehrn-Christensen; and Flemming Sorensen, who was managing director of Nordic Tankers until July last year.

The proposed board has been welcomed by insiders in the Danish maritime industry. ?This is a highly respected group within the shipping environment here. This is a good sign for the future,? said one Danish expert who wished to remain anonymous.

This news is a total 3072 time has been read