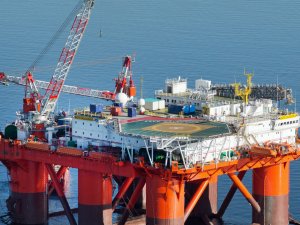 The companies concluded that “any near-term completion of a value-enhancing merger is unlikely,” in a press statement.

Making the merger unlikely were regulatory hurdles in Norway and the UK. A merger probe by the UK Competition and Markets Authority (CMA) highlighted serious competition concerns, cancelling its Phase 2 merger investigation into the deal. A similar investigation by the Norwegian Competition Authority (NCA) raised similar concerns.

Two of Prosafe’s largest shareholders are private equity firm HitecVision, which invests in the oil and gas industry and owns a 29.9% interest, and M&G Investments, which has a 14% stake.

Bermuda-headquartered Floatel International owns and operates five semi-submersible accommodation vessels, with Floatel Superior and Floatel Endurance both holding compliance statements to operate in the NCS. Major shareholders in Floatel International are Keppel Corporation, with a 49.9% interest and Oaktree Capital Management, with a 42.6% interest. All five accommodation vessels in Floatel’s fleet have been built by Keppel.

The CMA launched a Phase 2 inquiry in September 2019 after initial competition concerns led to the proposed merger being referred to a group of independent CMA panel members for an indepth investigation.

The CMA provisionally found in January 2020 that the merger may result in a substantial lessening of competition and customers may face higher prices, and lower quality when tendering for semi-submersible ASVs. The CMA proposed that blocking the merger would be the only way of addressing these concerns.

CMA worked with the NCA on this case as it carried out a separate review into the deal. The NCA’s decision to block the merger was being appealed to the Norwegian Competition Tribunal. The NCA blocked the merger because it would “significantly prevent effective competition in the market for offshore accommodation services on the Norwegian continental shelf.”

Oslo-listed Prosafe hoped the merger would have provided it with a stronger financial footing. The company continues to work with its lenders on a long-term financial solution. Characterising its discussions with its lenders as constructive, Prosafe has received consent from all lenders to further defer payments of scheduled instalments and interests under both its US$288M and US$1.3Bn facilities until 31 March 2020. The temporary waivers for certain other identified defaults in the period have been similarly extended. Payment of the final instalment owed and due under the seller credit to COSCO (Qidong) Offshore for the semi-submersible accommodation vessel Safe Notos, remains subject to ongoing discussions with COSCO (Qidong) Offshore and lenders.