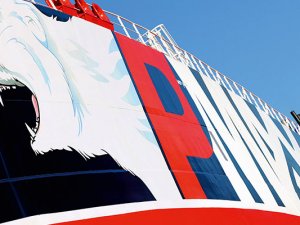 The total refinancing amount is USD 189 million and after financing costs the net amount is in line with outstanding debt from the existing facility, which was set to expire in June 2017.

According to the company, the first finance facility was signed with a group of banks consisting of Svenska Handelsbanken, BNP Paribas, DNB, Nordea, SEB and Swedbank.

The facility, coordinated by Handelsbanken Capital Markets, is refinancing eight of the P-MAX ships and has a final maturity of five years.

The second agreement was inked with Svenska Skeppshypotek. The facility is refinancing two of the P-MAX ships and has a final maturity of five years.

“We are happy to have finalized the refinancing of the P-Max ships at very competitive terms with relationship banks. This refinancing for the P-MAX ships in combination with the sale lease back deals for Stena Image and Stena Supreme give the company a solid financial platform to develop its business from,” Ola Helgesson, Concordia Maritime’s CEO, said.

Being wider than MR tankers, the P-MAX tankers are able to transport up to 30 percent more cargo. The vessels are built with double systems for propulsion and maneuvering, engines, shafts, generators, control and fuel systems, rudders and propellers.

Eight of the tankers in the company’s P-MAX fleet are ice class 1B and two are ice class 1A. The ten vessels were built by Croatian shipbuilder Brodosplit between 2005 and 2011.

This news is a total 2225 time has been read
Tags: Concordia Maritime Refinances P-MAX Tanker Fleet