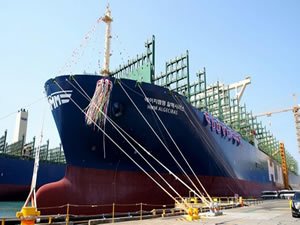 Container line schedule reliability fell to its lowest level for the sixth consecutive month according to Sea-Intelligence.

Global container line schedule reliability plunged to just 34.9% in January 2021 as container carriers continue to grapple with a combination of a sharp surge in demand, shortage of equipment and port congestion on the US West Coast.

The SeaIntel schedule reliability report covers 34 different trades and more than 60 lines and for the last six months has been at its lowest levels since the index was introduced in 2011. Schedule reliability in January 2021 was 33.5 percentage points lower than the same month in 2020.

The average delay for late arrival of vessels reached 6.42 days in January 2021.

In January this year the most reliable line in terms of schedule reliability was Hamburg Sud at 46.5%, while the worst performer was HMM at just 20%, a 53.3 percentage points decline from the same month a year earlier.

Looking ahead SeaIntel does not see any short-term improvement in container line schedule reliability.

“With continued widespread port congestion, and with carriers still not letting off capacity-wise (especially on the major trades) not even for Chinese New Year, shippers might not see improving schedule reliability anytime soon,” commented Alan Murphy, ceo of SeaIntel.

This news is a total 7500 time has been read
Tags: SHIPPING LINES , AMERICAS , HMM , HAMBURG SUD