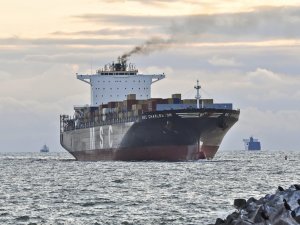 Within two years it will be illegal to power a ship with fuel having more than 0.5% sulphur content, unless the vessel is fitted with an exhaust clean gas system, known as a scrubber.

However, according to a new white paper, released by Swedish financial services group SEB, fewer than 2,000 ships out of a world merchant fleet of some 60,000 – 3.3% – are expected to have scrubber systems installed by 1 January 2020.

In the report SEB says that, despite the significantly higher cost of low-sulphur fuel oil (LSFO) – currently about $580 per tonne compared with heavy fuel oil (HFO) at about $370 per tonne – shipowners are resisting calls to install scrubbers.

SEB explained: “The key reason is that generally it is the charterer who indirectly pays for the fuel as a pass-through cost. It is much easier to pass on a specific fuel cost than to demand compensation for capex spending on scrubbers.”

There are other reasons say shipowners: they want to be fully compliant and only burn LSFO in their ships because it provides more free space on the ship, less maintenance and less need for greater crew competence, and there is uncertainty surrounding sludge disposal costs.

However, the major container lines rely on the charter market for a high percentage of their fleet. For example, CMA CGM charters 62% of its capacity and MSC 66%, and if shipowners won’t pay the $5-$10m cost of installing scrubbers, the charterers will be obliged to budget for the higher operating costs of using LSFO, whether they want to or not.

And given that an ultra-large container vessel will burn about 250 tonnes of fuel a day at sea, the extra cost will be massive. According to a blog published today by S&P Global Platts, it is estimated that if the global container fleet were to switch overnight from HFO to LSFO, the extra cost would be a staggering $34bn a year, based on today’s prices.

To put this into perspective, it is reckoned that the liner industry enjoyed a good year in 2017, achieving a consolidated profit of approximately $7bn.

Clearly it would be impossible for container lines to absorb the extra cost and they will be obliged to pass it on to shippers as bunker surcharges.

Given that the new IMO low sulphur regulations in 2020 will be a game-changer for shipping, Platts says it is time to move away from the traditional bunker adjustment factor (BAF) system of recompense.

It notes that carriers and shippers have their own ideas on BAF calculations, which can include variables such as bunkering ports, size of vessels and, not least, the price of fuel.

With this in mind, Platts said that starting in January next year, it will create an index “agile enough to react quickly to market dynamics”, which it said would aim to reflect a price or surcharge in dollars per container.