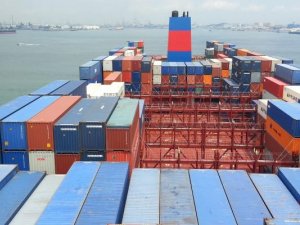 Global carriers have re-instated sailings on the transpacific west coast for the third quarter on optimism about peak season demand and as the impact of the coronavirus (Covid-19) pandemic eases, according to analyst Sea-Intelligence.

On the Asia-North America west coast, carriers have re-instated 30 previously announced blank sailings for the third quarter. Of these 30, 22 were re-instated by THE Alliance.

“We see a similar picture on Asia-North Europe where of the 11 sailings that were ‘un-blanked’, nine were on THE Alliance services,” said Alan Murphy, ceo of Sea-Intelligence.

And of the total of 49 sailings re-instated on transpacific and Asia-Europe, THE Alliance has contributed to 36. “This goes to show that THE Alliance blanked capacity too aggressively and have dialled it down keeping in line with the other alliances,” Murphy observed.

“What we can see is that from week 29 (13 July) onwards, virtually no blank sailings are scheduled on the trade lane, bar a few in week 36, with the year-on-year capacity growth suggesting that from the carriers’ deployment considerations, coronavirus is no longer as big a challenge,” he said.

“This can either be due to a demand pickup, or an expected pickup in the coming weeks.”

Murphy added that for Asia-North Europe, on the other hand, carriers seem to be heading towards parity with the 2019 levels with their currently scheduled capacity deployments, although there might be a capacity drop for (China’s) Golden Week from closer to September – carriers usually announce Golden Week blank sailings 4-6 weeks out.