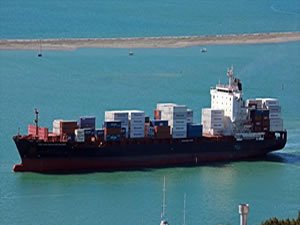 Meanwhile contact has been established with the crew of the vessel who have taken shelter in the citadel of the ship.

UPDATE Management Statement: Istanbul, January 24, 2021 - Managers Boden Denizcilik AS report that at appx 05.25 UTC this morning its container vessel MOZART came under attack of pirates whilst sailing in the Gulf of Guinea some 100 nautical miles off the coast of Sao Tome.

Meanwhile contact has been established with the crew of the vessel who have taken shelter in the citadel of the ship. Immediately after the attack all relevant authorities have been notified and assistance has been asked from the navy.

The safety and wellbeing of the seafarers on board is a prime concern to the company. MOZART, which has an international crew of 19 seafarers was on a commercial voyage from Lagos to Cape Town.