Container volume at major Chinese ports up 3.4% in early July 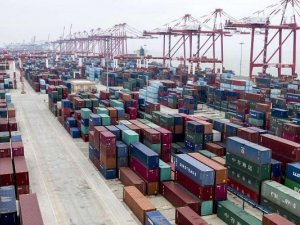 Crude oil shipments at major coastal ports increased 26.8% year-on-year, among which the growth rate of Rizhao port and Tianjin port exceeded 50%, while the port inventories increased 28.2%.

Cargo throughput at three major Yangtze river ports, Nanjing, Wuhan and Chongqing, declined 4.9% comparing to the same period of last year while the container volume slightly increased 0.2%. However, some of the terminals along Yangtze river had to shut down temporally due to recent floods.

This news is a total 1000 time has been read
Tags: TERMINAL OPERATORS , ASIA , CONTAINERS , PORTS, CHINA