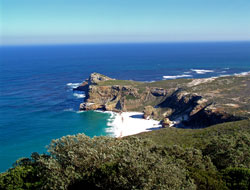 'Clear incentive' for owners to go around Africa

'Clear incentive' for owners to go around Africa

Amid worries about crew safety and increased insurance premiums, some tanker owners could actually benefit from the recent surge in piracy off Somalia.

Industry players believe that a widespread diversion of tankers away from the Suez Canal to instead circle the African continent around the Cape of Good Hope will squeeze vessel supply and help boost freight rates.
A Singapore-based broker told Tankerworld that ?the new route will take many more days to complete than a direct voyage through the Gulf of Aden.?

?Owners with tankers in the MEG [Middle East Gulf] markets, particularly for those Europe of US-bound, will be more than happy to divert their vessels away from Somalia, as that will shorten the tonnage availability list.?

?Earnings will go up as rates rise on tight supply and the number of traveling days go up too,? he added.
An Oslo-based analyst was also quoted as saying tanker availability would be cut if Suez shipping was stopped.

?There's a clear incentive for owners to go around Africa,? he said.

A voyage from the MEG to Rotterdam through the Gulf of Aden and the Suez Canal would take an estimated 75 days, while a new MEG-Rotterdam route via the Cape of Good Hope would require some 95 days, sources indicate.

According to current brokers' estimates of $50,000 earnings per day for suezmaxes, the new route would cost charterers [of a suezmax] $1 million more in freight charges just by calculating additional days of voyage.

?Chartering on both the spot and period markets will be hit with higher shipping costs,? a chartering manager handling voyages through the Suez Canal told.

?Owners will score higher spot rates if there are not enough vessels to go around, while refiners operating tankers on long-term charter will have to pay for more bunkers and other operational costs for the longer route,? he said.

Surging piracy in the Gulf of Aden has prompted leading operators such as Frontline, TMT, Euronav and BW to consider diverting their tankers away from the Suez Canal in favour of a route circling the African continent.

As of Friday, Odfjell and Maersk had already committed their tanker fleet to the new route.

Industry body Intertanko has endorsed such plans by tanker operators, citing the ?safety of seafarers? as the major concern.

Ship insurers are also said to be advising ship owners to avoid the waters off Somalia.

This news is a total 894 time has been read