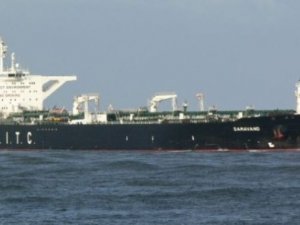 Iran and Venezuela are continuing their war of words with the Trump Administration regarding the current shipment of fuel from Iran, which the United States has cited as a violation of international law and the current economic sanctions against.

Hamid Baeidinejad, Iran’s Ambassador to the UK posted a message on his personal Twitter account saying, “In an official letter to the International Maritime Organization (IMO), we expressed our deep concern over reports that the US is considering action against Iranian oil [sic] tankers.” He went on to say the United States would bear responsibility for any consequences.

This was the latest in a series of letters and protests the Iranians have made on the world stage regarding the fuel shipment. Venezuela also issued a warning saying that its military would escort the product tankers when they arrived in the region, which could be as early as this weekend.

At issue is a shipment of gasoline believed to be bound from Iran aboard five tankers to Venezuela. According to multiple reports, Venezuela, which is desperate for the fuel, will pay for the shipment in gold. The first of the five vessels will arrive in Venezuela on Sunday, according to Reuters.

For its part, while there are reports of increased US Navy activity in the Caribbean, the United States has downplayed the talk of military action. The Trump Administration has only said that it is considering its response to the shipment.

The United States contends that there is an ongoing pattern of illegal activities by Iran and other nations in violation of international law. Recently, the United States issued a global advisory detailing the deceptive shipping practices being used by Iran, North Korea, and Syria to evade the current economic sanctions warning the shipping industry to be vigilant or face sanction violations.

This news is a total 560 time has been read
Tags: Continuing Tensions Over Iran's Fuel Shipment to Venezuela