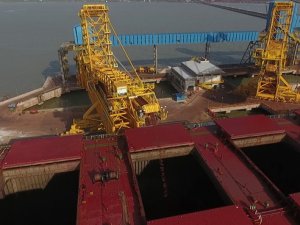 The terminal, which recorded iron ore shipments of 23.7 million tons in 2019, could suspend operations from March 21 to 31.

The announcement comes as Malaysia is implementing measures to restrict movement nationwide to fight the COVID-19 spread. Until the end of March, the country has banned travel aboard and closed schools and businesses.

“Vale is communicating with the authorities to clarify supposed restrictions imposed by the local government on transportation between cities, what could limit the access of workers to TRMT,” according to the company.

“In that scenario, vessels heading to TRMT will be redirected and redistributed among our blending facilities in China with no expected impact on production and sales volume in 2020, but with an impact on sales of approximately 800,000 t in 1Q20.”

Earlier this week, Vale also decided to ramp down its Voisey’s Bay mining operation in Canada and place it on care and maintenance for a period of four weeks.

This news is a total 318 time has been read
Tags: coronavirus, Iron Ore, Malaysia, Vale.