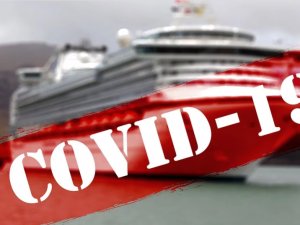 Port authorities are starting to suspend cruise ship calls as part of new restrictions aimed at preventing and controlling the spread of COVID-19, which has been declared a global pandemic by the World Health Organization (WHO).

It will also block entry or transit for visitors with travel history to Italy, France, Spain, and Germany within the last 14 days, effective from Sunday, March 15.

The Government of India has also decided that no cruise ships from any foreign destination would be allowed to call at Indian ports until March 31.

Furthermore, the Spanish government prohibited the entry of passenger ships from Italy as well as cruise ships of any other origin destined for Spanish ports.

The Spanish government said it would allow docking to cruise ships that have already been given clearance for the disembarkation of its citizens.

The measure may be extended for additional periods not exceeding 14 days and would periodically be evaluated taking into account the evolution of the pandemic worldwide and, especially, in Italy, the Spanish authorities said.

The decisions are being announced after several cruise liners confirmed infection cases onboard their ships, the most recent one being Braemar operated by Fred Olsen Cruises.

The cruise liner companies have been faced with fierce criticism for continuing operations amid the outbreak due to the increased risk cruise ships pose to the spreading of the virus, being enclosed spaces used by thousands of people at the same time.

The outbreak has already inflicted a major blow on the cruise industry’s earnings overall, amid cruise cancellations in Asia and itinerary modifications to adapt to the ever-evolving situation caused by the virus outbreak.

Carnival’s Princess Cruises, whose ships got embroiled in the outbreak, decided to suspend global operations for two months in order to be able to focus on dealing with the consequences of infections onboard its ships.

Three more companies followed suit with halting of operations due to the pandemic.

Namely, Disney Cruise Line will suspend all new departures starting Saturday, March 14, 2020, through the end of the month, while Celestyal Cruises said it would suspend cruise operations until May 1, 2020.

The latest one to announce the suspension was Fred. Olsen Cruise Lines, a wholly-owned subsidiary of Bonheur ASA. The company said it was planning to resume its cruises on May 23.

For the time being FOCL’s river ship Brabant is not affected by the pause in operations and its season will commence as planned on April 6.

The economic impact of these effects is yet to be determined, according to Bonheur ASA.