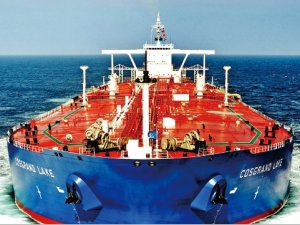 Upon completion of the proposed merger, which is expected to happen after a shareholder meeting on June 22, Shanghai Tanker will be absorbed into Cosco Shipping Energy Transportation.

According to the notice to shareholders, the integration of Shanghai Tanker, a subsidiary of Cosco, is designed to “optimizing the management structure and enhancing the operation and management efficiency of the group.” Shanghai Tanker transports crude oil and refined oil along the Chinese coast and along the middle to lower reaches of the Yangtze River, as well as international vessel management.

This action comes as Cosco, which already operates the world’s largest tanker fleet, is continuing the expansion of its oil and natural gas shipping operations. Established in 2016, the company owns a fleet of more than 150 tankers, and recently raised additional capital paying for new tankers ordered in 2017 as well as to fund further fleet expansion.

Despite the collapse of the tanker market in 2020 due to the global economic slowdown resulting from the pandemic, Cosco is proceeding with its growth. Reporting that the company’s VLCC fleet was continuing to make good deals on the sport market, Cosco was also participating in the increase in floating storage demand.

This news is a total 816 time has been read
Tags: Cosco Energy , Transportation , Optimizes , Structure in , Ongoing , Expansion