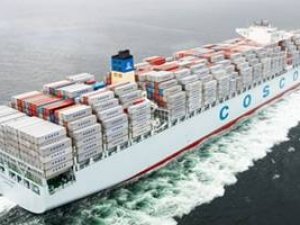 Shanghai-listed Cosco Shipping Holdings sold eight container vessels to scrap during the fourth quarter 2016. The ships correspond to a total tonnage of 409,914 dwt, and the youngest in the pack was 15 years old, says the Chinese carrier.

"The Group had disassembled eight container vessels (Luo Ba He, Jun He, Yue He, COSCO Qingdao, Wan He, Lu He, COSCO Ran and COSCO Sakura) during the fourth quarter of 2016," said a statement from the company.

The total scrapping price for the eight boxships is $30.9mln.

Although the group incurred a Yuan638m ($93.1m) net loss from the vessel disposals, it said the average age of its owned fleet has fallen, while the level of fuel savings and overall environmental sustainability has imporved.

The company scrapped four vessels in April this year, following the 14 ships dismantled in February and March.

This news is a total 7082 time has been read
Tags: Cosco Scraps Eight Container Ships