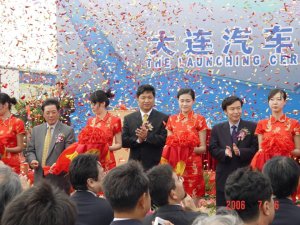 Hong Kong-based port operator COSCO Shipping Ports said that it 2017 profits have more than doubled from a year earlier, partly due to a one-off disposal gain and higher operating profits.

The subsidiary and listed company of China COSCO owned by COSCO Group said that its profit  reached USD 512.4 million in 2017, representing an increase of 107.4 pct compared with 2016 when the profit stood at USD 247 million. The firm's full year revenue rose 14% to US$634.7 million.

Benefitting from the economic recovery and with growth fueled by its acquisitions, the Group has achieved promising results for the year, with total throughput of 100,202,185 TEU.

In January 2018, a new berth was added to COSCO-PSA Terminal in Singapore, together with two large berths replaced in January 2017. Currently, the terminal operates three large container berths in Pasir Panjang Port, the total quay length is 1,200 metres.

This news is a total 856 time has been read
Tags: COSCO Shipping Ports More than Doubled Profit in 2017