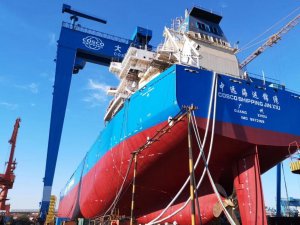 Four ships from the batch are to be flagged in Hong Kong while the other four ships would be registered under the Chinese flag.

The company will be paying USD 33 million and USD 38 million for the two quartets respectively.

The ships are slated to start delivery at the end of October 2021 extending until the end of 2022.

The fleet expansion is being pursued amid growing demand for the company’s services, according to COSCO, which has already secured multiple contracts of affreightment for pulp transportation with several deals being negotiated as well.

Based on the data from VesselsValue, the company has eight newbuilds on order, including seven Ultramax bulk carriers and one semi-submersible heavy lift vessel,  slated for delivery in 2020 and 2021.