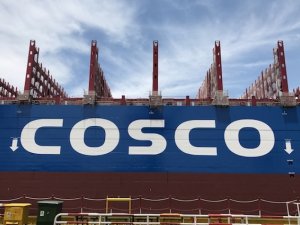 Sun, 57, had been in the position since April 2016, and he will remain as an executive vice president of China Cosco Shipping Group.

Sun joined Cosco in 1982 and he has served senior roles in several different units of the group including Cosco Pacific, Cosco Container Lines, Cosco Hong Kong and Cosco Shipping.

This news is a total 1014 time has been read
Tags: Cosco Shipping Specialized Carriers president resigns