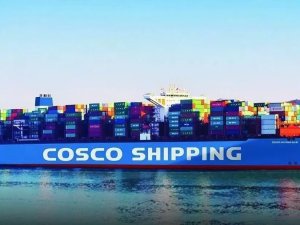 Singapore’s Ocean Tankers said on Friday it has ordered six handy-sized tankers to be built at the Fujian Mawei Shipbuilding for an undisclosed sum as the company renews and expands its fleet.

The shipping firm earlier made a voluntary conditional cash offer for all the issued and paid-up ordinary shares in the capital of CHL, including all shares owned, controlled or agreed to be acquired by parties acting or deemed to be acting in concert with the company.

On January 19, the company received valid acceptances to acquire over 470.4 million or 98.3 per cent of shares in the logistics firm. COSCO Shipping will now compulsory acquire all Cogent shares at the offer price of SGD 1.02 in cash. The offeror will then proceed to delist CHL from the SGX-ST.

The amount is expected to be largely used towards partially financing the offer, however, the company informed that the utilisation of the facilities remains subject to the conditions set out in the facility agreement.

This news is a total 567 time has been read
Tags: COSCO Shipping to Launch Total Cogent Holdings Takeover