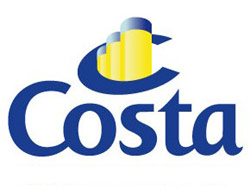 Costa's total capacity will increase by 20% (based on double occupancy) with the addition of the two new vessels, confirming the Italian cruise line's position as market leader in Europe. The two new orders bring Costa's fleet expansion program, which began in 2000, to a total value of euro 5.5 billion and the total number of vessels introduced between 2000 and 2012 to 13. By 2012, when the last of the new orders is completed, the Costa fleet will be 17 strong and have a total guest capacity of approximately 36,700 based on double occupancy.

The order comes within days of Carnival's Cunard Line unit's ordering a new 92,000-ton at Fincantieri. While the Cunarder will be built at the Italian shipbuilder's Monfalcone yard at an all-in cost of approximately $700 million, the two Costa ships will be built at the Marghera yard at a cost of approximately Euros 510 million (about $720 million) each.

The two new ships will be built at Fincantieri's Marghera shipyard and be sister ships to the Costa Concordia, Costa Serena and Costa Pacifica, the latter of which is currently being built at Fincantieri's Sestri Ponente shipyard. The new ships will each be able to accommodate 3,780 passengers in total (including all upper berths) or 3,012 guests based on double occupancy.

"By ordering two additional ships for our fleet of twelve, plus three ordered previously, we are not only reinforcing our position as the market leader in Italy and Europe, but also responding to the increasing demand for our product from our customers across the globe," said Pier Luigi Foschi, Chairman and CEO of Costa Crociere S.p.A. "We are very pleased to have Fincantieri build these two new Concordia class ships and to enjoy our continued successful relationship."

Fincantieri's Chief Executive Officer, Giuseppe Bono, added, "We are most proud to have contributed and to continue contributing to Costa's growth. The largest cruise operator in Europe, Costa has just celebrated its millionth passenger in the year. I am confident that this alliance will stand the test of time and enable our companies to further consolidate our positions as market leaders in our respective business areas. This new agreement means that over the course of the last year we have gained, in the cruise sector alone, orders for 12 ships, of which 2 options, for a total value of over 5 billion euros."

The two new ships ordered will offer the same innovative elements featured on the other Concordia class ships including the 23,000 square-foot Samsara spa, which is one of the largest spas at sea, complete with exclusive cabins featuring direct access to the spa and a dedicated restaurant. The ships will also feature two swimming pools with retractable magrodomes, the central one equipped with a giant movie screen and authentic Grand Prix race car driving simulators. In addition, the new ships will boast 17 additional veranda cabins and an overall total of 1,506 cabins, six more than the other Concordia class ships. The two ships will also feature additional innovations to the spa area as well as upgrades to onboard entertainment for both adults and children and teens, among many other new and unique features.