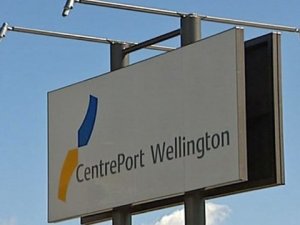 A Wellington court ruled this week that stevedoring company CentrePort was to blame for the death of Mark Samoa who was a member of the ITF-affiliated Maritime Union of New Zealand (MUNZ).

47-year-old Samoa, a father of three, was fatally injured when he was crushed between a forklift and cargo in January 2013 while carrying out a warehouse packing operation.

The judge found that “CentrePort failed to take all practical steps to ensure the safety of Mr Samoa while at work.”

“Ports are among the most dangerous work environments in the world. That’s why we continue to advocate the need for management to engage with unions to ensure the best possible health and safety conditions for the workforce. “This is a tough lesson to swallow but we hope it will act as a reminder to operators that they have a commitment to protect their workers and if they shirk that commitment they will be held accountable,” says ITF President Paddy Crumlin.
National secretary of MUNZ Joe Fleetwood commented that good work safety measures were now in place at CentrePort but added it was a pity there had to be a tragedy for those positive changes to come about.

MUNZ is involved in an ongoing dispute with management in the Port of Auckland over mass contracting out plans that could result in the casualisation of the port.