COVID-19 Restrictions Cause Postponement of Cruises to Greece 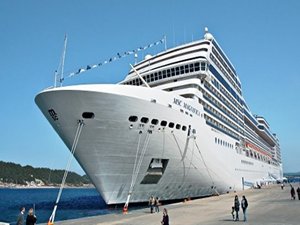 With Greece taking actions to control a resurgence of COVID-19 and more travel restrictions being placed on people returning from Greece, MSC Cruises announced today that it has decided to postpone for a month the company’s planned cruises to Greece.

After highlighting the country’s success in controlling the virus and declaring that Greece was ready for tourists, a week ago faced with a growing number of cases of the virus the country announced new restrictions. Bars and restaurants were ordered to close between midnight and 7 a.m. and gatherings of more than 50 people were also prohibited. The restrictions have also been extended to more parts of the country.

There had also been calls for Greece to reconsider its decision to reopen its ports to cruise ships. While the ports, so far, remain open, other countries have begun to add requirements for travelers returning from Greece. Italy was among the countries imposing a mandatory requirement for COVID-19 testing with 48 hours after returning from Greece, Malta, Croatia and Spain.

“In connection with the recent introduction of additional testing measures for residents of Italy having traveled to Greece, we are seeing cancellations and a softening in demand since the ship’s itinerary includes as many as three ports in that country,” MSC said in the announcement delaying by four weeks its first cruise to the Eastern Mediterranean. “MSC Cruises believes that reservations will start to pick up again in the coming weeks due to the appeal of the itinerary.”

The MSC cruise ship MSC Magnifica had been scheduled to resume cruises from Bari and Trieste, Italy on August 29 to three ports in Greece. The cruises were only being offered to residents of the Schengen area, although MSC reports that the majority of the passengers for these and its Western Mediterranean cruises have been Italian nationals and residents.

MSC is continuing 7-night cruises aboard its MSC Grandiosa between the Italian ports of Genoa, Civitavecchia, Naples and Palermo with a call at Valetta, Malta. The cruise line also anticipates resuming a more extensive program of cruises for the winter season starting as early as November 2020.

In addition to MSC Cruises, German’s TUI cruise line announced plans to resume sailing to Greece in mid-September. The company is planning to use one of its Mein Schiff cruise ships for 7-night cruises from Crete to Piraeus and Corfu and was also offering land extensions for additional nights on the Greek mainland. The company recently repositioned two of its ships, Mein Schiff 3 which is now docked in Greece and Mein Schiff 5 which is currently en route to Greece.

Several small ship companies have also been operating in Greece while other large cruise lines were also reported considering cruises to Greece.

This news is a total 2727 time has been read
Tags: COVID-19 Restrictions Cause Postponement of Cruises to Greece